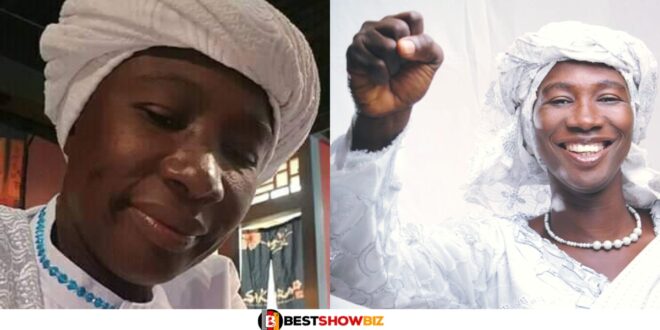 ‘I will one day become the president of Ghana’ -Cecilia Marfo

Cecilia Marfo, a Ghanaian gospel performer, has spoken out about her political ambitions after retiring from the music industry.

According to her, she has been preparing very well for the moment when she would have the opportunity to show herself as an MP and aspire to the position of President of Ghana.

During an interview with Okyeame Quophi on Angel FM’s Drive Time show, she stated that she wants to be president so that she may influence Ghanaians with the word of God.

“I want to be the President of Ghana one day…it would just be an opportunity to affect things positively for God and lead the nation to worship Him well…,”