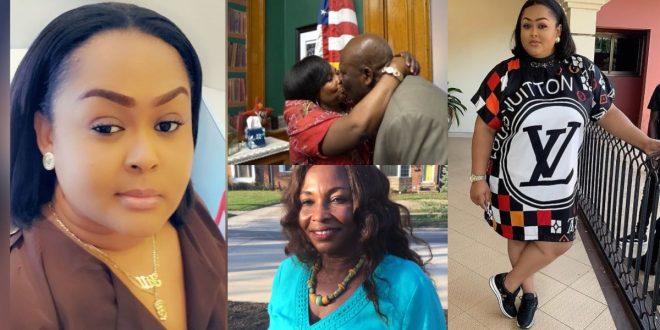 Kumawood actress Vivian Jill Lawrence has disclosed that she was once attacked for snatching actress Kyeiwaa’s husband in a movie role.

according to Vivian Jill in an interview on Accra FM, a woman attacked her when she went to her store to buy something.

the actress stated that the woman claimed since she is beautiful she is a husband snatcher because she snatched Kyeiwaa’s husband in a movie.

when asked the disadvantages of being an actress on the show;

“Is it there any role people have bashed you for acting…?”

“A Lot…..There was one movie I acted and I snatched Kyeiwaa’s husband and a woman attacked me”.

“The woman said that because you are beautiful, you are using to snatch people’s husbands, God will punish you.”