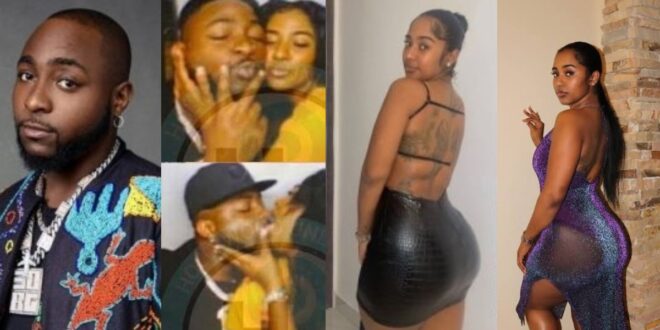 Here are pictures and details of Davido’s New girlfriend after he dumped Chioma.

Davido has become a social media topic after ditching Chioma for Mya Yafai, a bisexual and rapper Young MA’s ex-girlfriend.

we have gathered some interesting facts about Mya Yafai as part of our daily gossip lifestyle.

On August 17, 1998, Mya Yafai was born. She is a gorgeous African-American model, social media celebrity, and businesswoman. According to a post on Thecityceleb.com, she is from Brooklyn, New York.

Mya Yafai is also a YouTuber who vlogs about lifestyle issues and enjoys traveling, having visited cities on all five continents.

Currently, the gorgeous and curvy lady is one of YouTube’s top influencers.

Shai is her sister’s name. She was raised in an African-American culture and faced bigotry as a child, but she didn’t let it affect her or prevent her from achieving her goals.

This is due to her parents’ efforts to raise her as a high-achieving and hardworking young lady. She wanted to pursue modeling as an adolescent because she was endowed with a stunning body.

She began auditioning for advertisements in New York, and she was fortunate enough to be chosen the majority of the time. Working in these positions gave her access to more lucrative prospects in the industry.

In February 2021, Mya Yafai sparked outrage when she was seen leaving a club in Atlanta with Afrobeats star Davido.

Davido was seen holding her hand as they walked out of the club building in a video posted online. The video sparked dating rumors about the two, with many speculating that Davido’s friendship with his fiancée, Chioma Avril Rowland, has come to an end.

Chioma Adeleke is Davido’s fiancée and the mother of his son, Ifeanyi Adeleke.

The reports were confirmed just hours earlier when a picture of the two locking lips appeared on the internet.