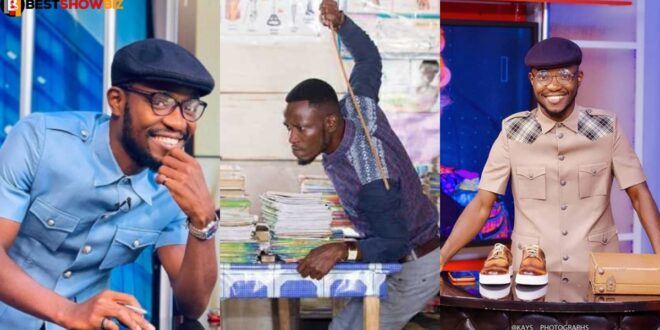 Teacher Kwadwo, who was brought before the Akrofuom District Educational Directorate’s Disciplinary Committee for “professional misconduct,” has stated that his dispute with the GES is headed directly to court.

Teacher Kwadwo described his meeting with the educational agency as a complete joke during which they asked him if he wanted the dispute between them to be addressed peacefully or taken to court, according to a report filed by 3News.

Teacher Kwadwo stated that he chose to go to court, which enraged them even more. According to him, the Chairman demanded that he turn off his phone, ostensibly because he didn’t want to be recorded. “So the man turned off his phone and said, ‘Leadership by example,’” insisting that he do the same.

Read Also  Jordan Ayew ranked 7thd best player in the world ahead of Messi and Ronaldo.

“It was hilarious because when I told him I didn’t want the ‘father and son’ resolution, he said they’d send me another letter inviting me to appear before the committee, so I assured them I’m always ready. When I asked if they were finished, they answered yes and that I could leave.

They tried to persuade me to choose the ‘father and son’ resolution, as is customary. He said that the entire meeting lasted only 8 minutes.