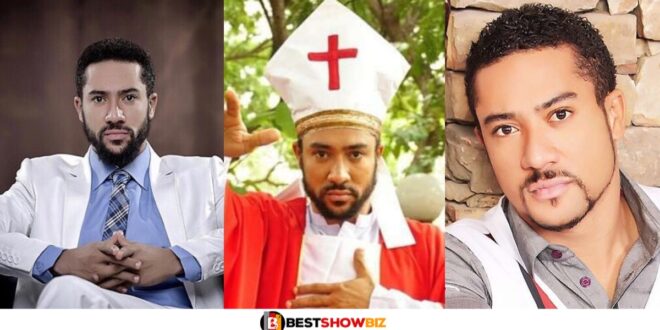 Majid Michel, a popular Ghanaian movie star, has startled his fans with some surprising disclosures regarding his personal life. According to the veteran actor, he was using narcotics until he chose to transform some of his friends’ lives.

Shocked by his statement, the person conducting the interview inquired whether he used drugs to treat common diseases when he became ill, and what type of drugs Majid Michael was talking to.

Majid Michel emphasized that these were not regular drugs, but rather narcotics. He went on to tell how his friends nearly wrecked him due to their drug and alcohol addictions.

Following his surprising remark, Majid Michel warned everyone to be cautious about who they chose as friends.

“Friendship is essential. Choose them with caution since the people you associate with have an impact on how your life ends up. ” Majid Michel provided advice on Joy News.

The veteran actor appeared in the studio to offer additional light on his way of life and how he is positively benefiting society.