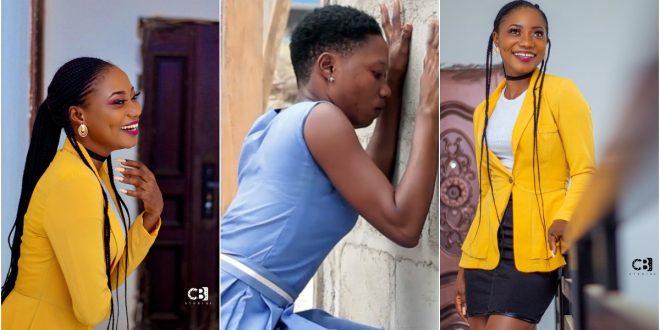 Comic actress Maame Esi Forson has expressed her discontent with Ghanaian men after her had time findng mr. right – a goal she set to accomplish before 2021 ends.

She looked to be optimistic in her ability to marry in 2021. However, the year is coming to an end in just 18 days, and she has not yet found a husband.

Following the video’s publication, several of her followers thought that the guys she dated were not convinced enough to marry her.

Others asserted that Ghana’s economy is in shambles and that the majority of males are unable to marry owing to a scarcity of financial resources.

Read Also  Photos: Man Who Survived Colon Cancer Marries The Woman Who Stood By Him

Others stated that they had proposed to her on multiple times but she had declined.