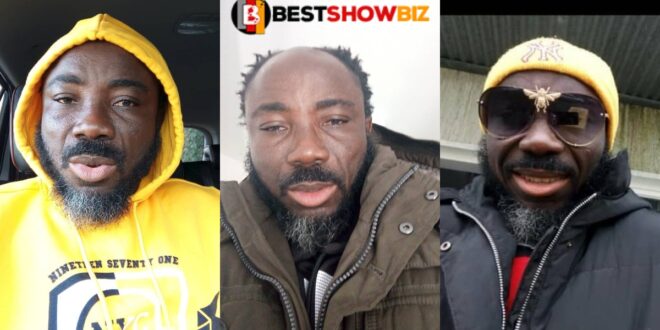 Big Akwes, the controversial Kumawood star, has revealed a deep dark secret about himself, which has elicited conflicting emotions from Ghanaians.

Big Akwes, who is blunt, claims that he has k!lled a number of people by cursing them. The loudmouth actor admitted in an interview with Zionfelix that he is not a Christian and so does not forgive and forget.

Big Akwes also claimed that he enjoys cursing, which is why many individuals, particularly his colleagues in the entertainment sector, are frightened to make a fool of him.

He also criticized Lilwin and Top Kay in the interview for being two horrible people who are the source of the never-ending feud between actors and actresses in the film industry.