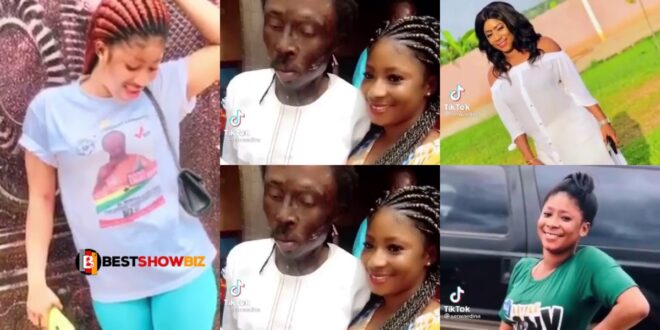 Nana Kweku Bonsam is the most well-known and controversial Fetish Priest in the country, and he has become something of a social media star as a result. He has children with several different women, but he has never been married.

Nana Kweku Bonsam, because of his wealth, has the ability to attract any woman to him, as we all know how women are attracted to money.

The fiancee of the Parliamentary candidate who also happens to be a Fetish Priest has made an appearance on the internet and revealed a nice moment she had with him.

Serwaa Edina, the woman who has been identified as the perpetrator, is believed to be in her late twenties. She is extremely attractive and would make an excellent choice as Nana Kweku Bonsam’s fiancee under normal circumstances.

Serwaa Edina documented her celebration of her beloved Nana Kweku Bonsam on Tik Tok, and she shared the images with her followers.