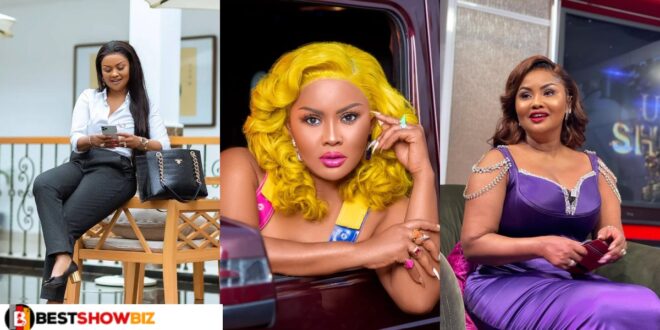 McBrown said in an interview with Nana Aba Anamoah on Starr FM’s Starr Chat that she began her first relationship when she was 18 or 19 years old.

According to McBrown, she was a really gorgeous young girl who attracted a lot of young males.

McBrown playfully boasted that she even postponed taking a boyfriend since she was so sought after. McBrown went on to say that it was her grandmother’s vigilance and strictness that kept her from becoming a bad girl despite the pressure from guys.

“Boys will walk by and whistle my name, but my grandmother has a lazy chair and will sit in it in front of the home starting at 7:00 p.m.”

“This prevented me from going out and anybody who could be enough to come to the house had my grandmother pouring water on them o pelting them with stones.”

Read Also  He has the vision: Young man manufactures flying Helicopter in his own backyard
Share