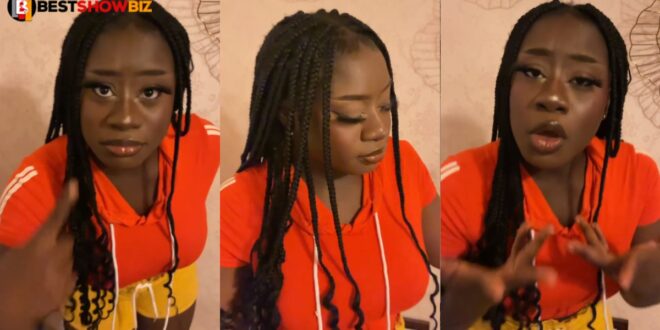 Kali.Starr, the first daughter of media star Stacy Amoateng, is being ridiculed after releasing a song.

The young girl just released a banger titled ‘Who Is Loosing,’ in which she detonated and gave some fire bars.

While the song teases haters, it also cleverly advises people to quit hating and put their energy into beneficial endeavors.

However, her musical wit has dissatisfied fans, who have dubbed her Sister Derby pro max.

After years of being a musician, Sister Derby isn’t really generating any nice songs, so that’s rather low.

We wish Kali.Starr the best of luck. Sister Derby’s standard is so not cool, so we encourage her to keep the fire in her belly burning and her talent polished a little more.

Read Also  "churches use our money to sponsor the lavish lives of pastors; it is time to give to the poor"- Yvonne Nelson.

Stacy Amoateng and Okyeame Quophi, both media personalities, are the parents of Kalis.Starr.