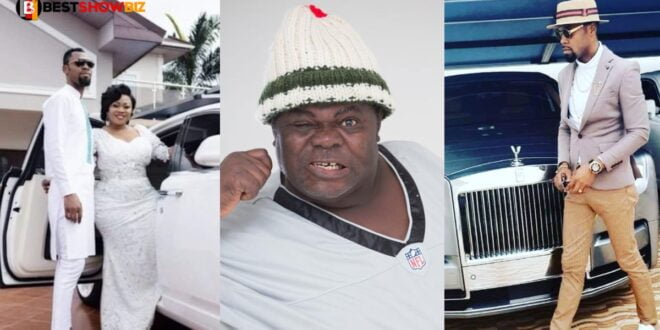 According to sensational social media commentator Ayisha Modi, Rev Obofour, the founder and leader of Anointed Palace Chapel, has volunteered to build a mansion for famed actor TT.

This comes after Psalm Adjetefio, alias TT, appealed for financial help to pay his rent for the next six months in a viral video.

Ayisha Modi first promised to assist him with this for the rest of his life, but in a subsequent post, she claimed that Rev. Obofour and her brother had decided to build him a house instead.

Meanwhile, as reported earlier, Nana Aba Anamoah disclosed that H.E Dr. Bawumiah first gave his word to the renowned actor this morning by paying his rent for the next five years in advance and giving him GHC 20,000 in care money.

Ayisha Modi announced the news in the Instagram photo below.