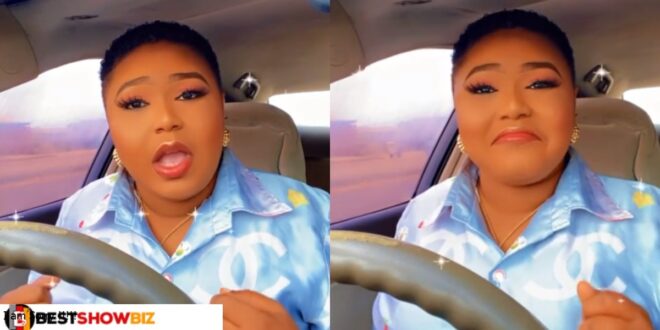 Xandy Kamel, who appears to have recovered from her broken heart, has returned to social media, taking subtle shots at her estranged husband, Kaninja.

Since leaving Kaninja, Xandy Kamel has been hurling subliminal jabs at her spouse about their marriage, which has recently become a trendy subject on the internet.

In a previous video, Xandy dubbed her spouse a “fool” for dumping her a year after a lavish wedding.

In a new video, the actress can be heard singing along to Daddy Lumba’s ‘Obi Ate Me So Bo)’, implying that she has recovered from her shattered heart and has likely met a new boyfriend who is putting her heart at ease.

Read Also  Actress Martha Ankomah is the true Definition of Beauty as she Amaze fans with wonderful Photos.