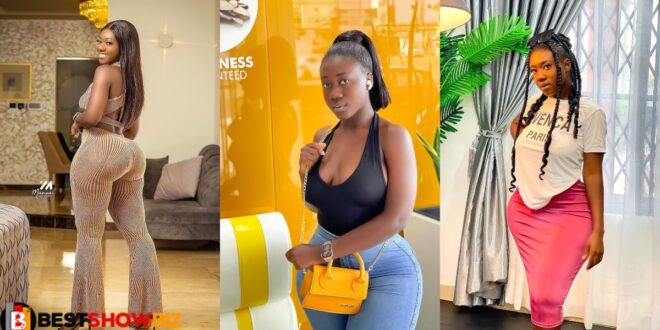 Influencer Hajia Bintu was put in the limelight thankfully for what God naturally gave her.

The backside she carries is something that is very hard to understand how one woman could be blessed with that much.

Bintu also shot a video of herself dancing to a tune, which has subsequently caused severe issues on the gram.

Her video became viral. The Instagram video already has over 200,000 views.

Of course, her inherent talent influenced the perspectives.