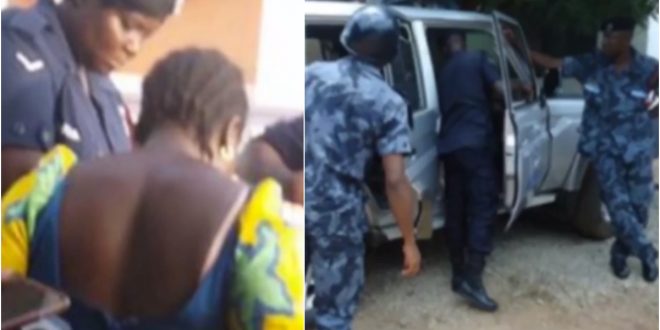 Reports sighted by Bestshowbiz.com on UTV indicates that a woman identified as Adwoa Juliana has allegedly murdered her own two children.

according to reports the incident happened in Yeboah Akosua a town in Sekyere Odumase.

reports further state that the woman killed her one-month-old child and her two years old child with reasons best known by her.

from reports, her husband reported her to the police of which she was arrested, her one-month-old child was found in her room whiles the tow years old child was also found in somewhere where she was about to bury the child.

some women are two hurtless indeed, how can you kill your own children, it’s obvious that people do such things and blame Satan for that.

watch a video of the news below;