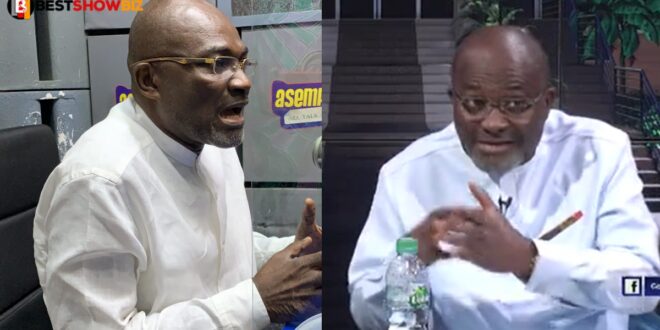 Kennedy Agyapong unleashed his rage on Joy FM journalist Erastus Asare Donkor, threatening to beat him up for reporting on the Ejura killings that he called “fake.”

The journalist, according to the Assin Central lawmaker, presented a fake report on the Ejura Killings in order to put the government in a negative light.

He demanded that the journalist be assaulted, disciplined, and dealt with for his work on NET2 TV.

Kennedy Agyapong claims that JOY FM is full of unscrupulous journalists with a vendetta against the NPP government.

He went on to urge the NPP not to tolerate Joy FM reporters, not to house them in their houses, and not to give them money.

The Multimedia Group filed a police report against Kennedy Agyapong as a result of his comments. The MP has since been hauled before Parliament’s Privileges Committee.