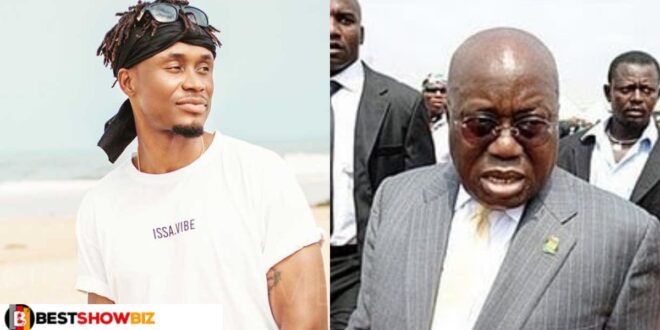 From Frying Pan To Fire – E.L Adds His Voice To ‘Momo’ Tax

Elorm Adablah, better known as E.L, a Ghanaian rapper, has added his voice to the ongoing debate over the E-Levy that is set to be imposed on Ghanaians.

As he has stated, the new E-Levy that is about to be implemented is like jumping from a hot pan to a burning one, and that people will have to find an alternative.

Ken Ofori Atta, the Finance Minister, presented the 2022 budget to parliament, and as part of the government’s efforts to raise revenue, they have imposed a 1.75 percent surcharge on mobile money and all electronic transactions.

Scrapping the road toll in order for citizens to pay it in a different way, according to E.L, is worse, and Ghanaians are currently pondering how to survive the new E-Levy.

Read Also  "I came to Accra to sell water, but a man impregnated me and fled"- 18 years old girl shares her story

In an interview with Kastle FM, a Cape Coast-based radio station, the rapper reiterated that the 1.75 percent will drain people’s pockets and that they will have to find another option.