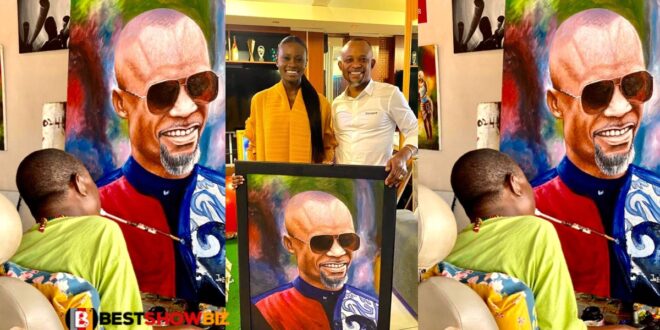 Dickson Narh, often known as Fadda Dickson, the Managing Director of Despite Media Group, has bought a unique piece of art.

The picture is noteworthy not just because it features Fadda Dickson as the subject, but also because it was created by an exceptional artist.

Mr. Acheampong, the painter, is a physically challenged artist who drew the exquisite picture of Fadda Dickson and many others using his lips.

Fadda Dickson bought Acheampong’s painting after seeing him on GH One TV’s The Natalie Fort Show.

Fadda Dickson, according to Natalie Fort, who gifted the picture to him, paid a substantial sum for it.