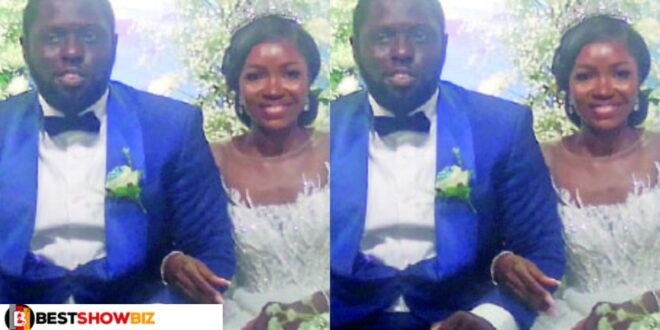 A happy moment for Oghale Ighele, 29, and his bride, Agbate Clementina, 29, as they settled down as virgins in an elegant wedding in Lagos State.

They are still virgins, according to a man who claims to be an elder at Holy Spirit Mission in Marcillina’s Place, GRA Ikeja.

Despite all temptations, the groom emphasized that they both agreed to keep themselves until their wedding night.

Then he went on to say that he received sound advice from his parents and that his Christian life was of high quality, which helped him to overcome temptation.

Speaking in an interview, “While I was growing up, my parents kept hammering on the need for me to keep myself and never mess up and I heeded their advice. I tried to make friends who would not deceive me into having s*x before marriage. I was also fully involved in church activities and I thank God for guiding me”

The bride, on the other hand, revealed that she chose to marry as a virgin and that she is very proud of herself for achieving this goal despite all the temptation.

She said, “I am happy and fulfilled marrying as a virgin, though it was not an easy thing to do. I took the decision of remaining a virgin till I get married when I was a teenager. Meanwhile, I grew up in a Christian home. So, I had to keep myself.

It was not easy for me. I was severely tempted by my lecturers while in the university. Friends also tried to lure me into fornication and men asked me out. In fact, I went through so many challenges. But what guided me was God and my principle”

Igbele, the groom’s proud father, added that it is nothing new for him because this is not his first son to marry as a virgin.