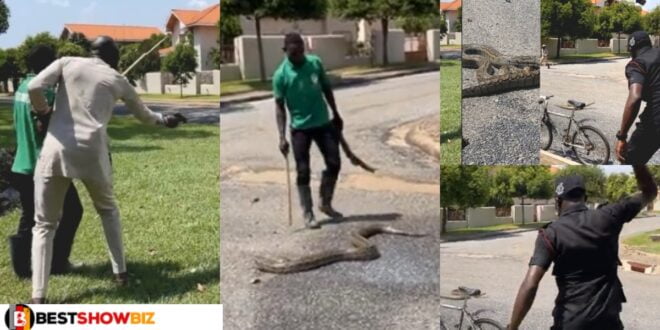 A snake frightened a police officer and a few citizens today in an Accra residential area.

A snake emerged from the grass when a gardener was spraying a lawn in front of a building.

Those close to the event, including a police officer, were terrified.

The police backed away from the snake and began throwing rocks at it.

A person in a kaftan, on the other hand, pulled out a gun and began shooting at the snake.

One man was likewise burying the snake with a stick, spending all of his energy on it.

The snake, a vernomless python, was eventually subdued when a sprayer sprayed it.