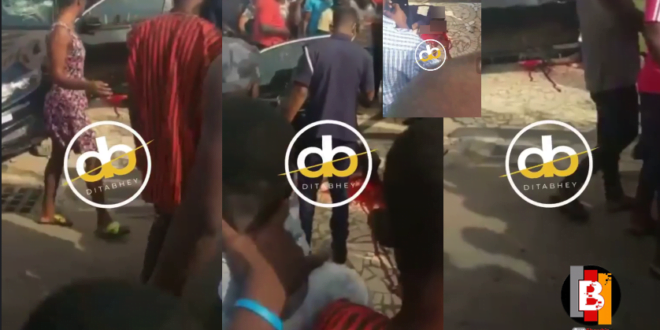 Sad news reaching us from Kumasi has it that, a man has shot and killed a motorking driver for confronting him about wrong parking.

according to reports, he shot himself after killing the motorking driver. Video circulating shows the said man, lying in a pool of blood after shooting himself. Reports say he is still alive but might not make it.

The incident was said to have happened at Kumasi Ayeduase, the Motorking driver approached the culprit who was in a saloon car but was wrongfully parked to talk to him so he could park well.

Nobody really knows what transpired that got the culprit angry, he reached in his car, pulled out a gun and fired multiple times into the belly of the Motorking driver.

He later shot himself, trying to kill himself fearing Mob Justice.