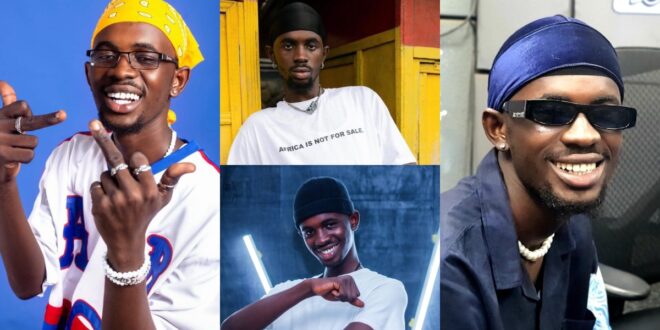 Black sheriff subtly reveals his head is not nice that is why he wears scarfs always.

Black Sherif has finally explained why he has been wearing a scarf on his head since his first-ever freestyle went viral – gaining him the fame he has attained now.

You could see Black Sherif’s face pretty plainly without his scarf in his debut freestyle video, and he subtly confirmed that it’s due to his hairline that he’s been wearing a scuff to conceal it from showing as seen in the video.

The young rapper believes now that the video has gone viral, everyone has seen what he has been attempting to conceal by always covering his head.

Though he didn’t look bad at the time, because of his poor self-confidence when he first became famous, he opted to cover his head in order to hide his hairline, but now that it’s out in the open he’s happy to show it off to the world.

Read Also  "Bark all you want, you can't feed off my energy"- Mzbel tells Afia Schwarzenegger