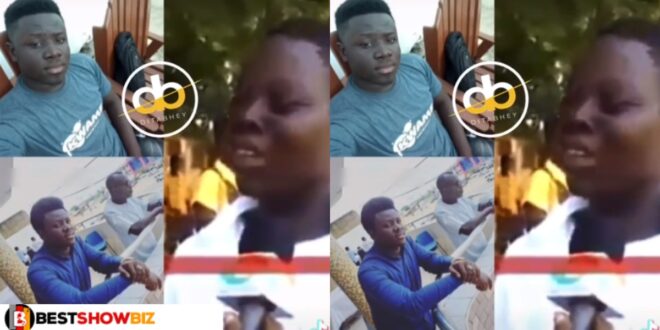 The young BECE boy who went viral years ago with his “We will burn the papers, graduates and graduands” speech has resurfaced on social media, looking unrecognizable.

In the viral video, the boy was heard bragging about his school’s exam chances, claiming that “we have quality teachers, not simple teachers.”

The young man cracked ribs with his honest and unedited opinion about how the BECE examination went for him and his colleagues at the time they sat for it, despite his confidence in his speech.

Several years later, in a new video spotted on Instagram, the young BECE boy appears to be of university age or older.

He was relaxing in a reclining chair on what appeared to be a beach in one of the photos.

The young man stood on a building’s balcony with an elderly man in another photo included in the collage.