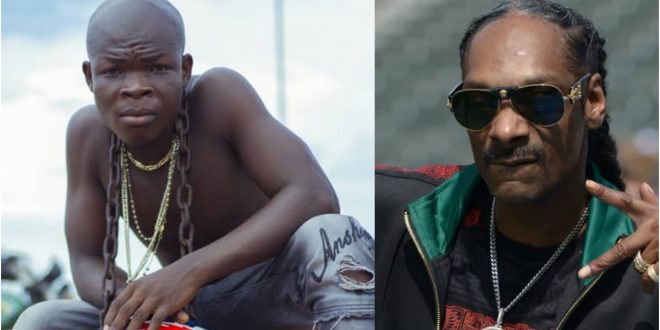 AY Poyoo to the world: Gets endorsement from American rapper Snoop Dog

The self-acclaimed face of Ghana rap, AY Poyoo, despite what most Ghanaians classified as wack rap has gained him attention worldwide as the American rapper Calvin Cordozar Broadus Jr best known as Snoop Dog has yet again endorsed him

Snoop Dog has reacted to a video of AY Poyoo on Instagram. the video was an Instagram live interview AY Poyoo was granted with American comedian Michael Blackson.

During a live video, Snoop Dog began his reaction with a laughing emoji to support the young chap.

This happens not to be the first time Snoop Dog has been moved by AY Poyoo for him to react on social media as we recently reported he(Snoop Dog) once commented on one of his(AY Poyoo) posts. check that out