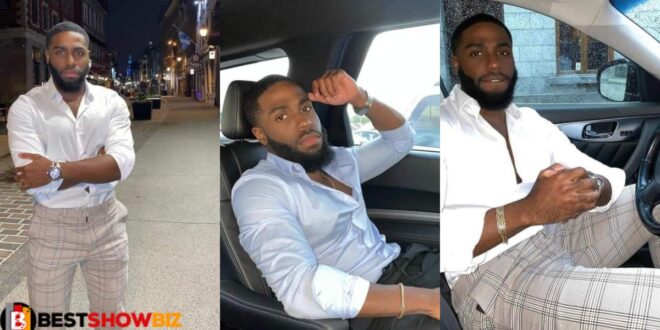 Handsome pastor stuns the internet as ladies fight over him – Photos

Daemien Versace, a gorgeous young man on Twitter, has generated a social media storm after posting steamy photographs of himself.

Damien shared how he preached in front of 130 people for the first time and expressed his gratitude to God.

His attractiveness appears to have sparked the religious side of women who are desperate to become “Osofo Maame” at any costs.

Some girls began to reveal their charismatic side in the comments section, stating that they would travel to his church and spend the entire day there if it meant seeing him.

Several men, however, who were dissatisfied with the way the young pastor was being praised by the ladies, referred to him as a womanizer and other derogatory terms.

below are his photos and some reactions;