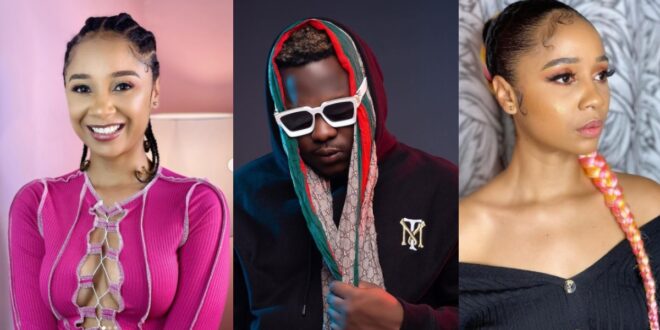 The ex-girlfriend of rapper Medikal, Sister Derby has finally opened up on her current relationship.

speaking in an interview with Naa Ashorkor, Sister Derby revealed that she owns her fans to know about her relationship since she made it known when her relationship with Medikal ended in ‘tears’.

As to whether she was just joking we can’t tell for now but from the interview as we monitored, it’s precisely what Debora Vannesa said.

when asked about her ‘Kakalika Love’ song, Sister Derby said she composed that song to tell the story about her relationship with Medikal.

Read Also  Couple spotted doing it in the bush (video)