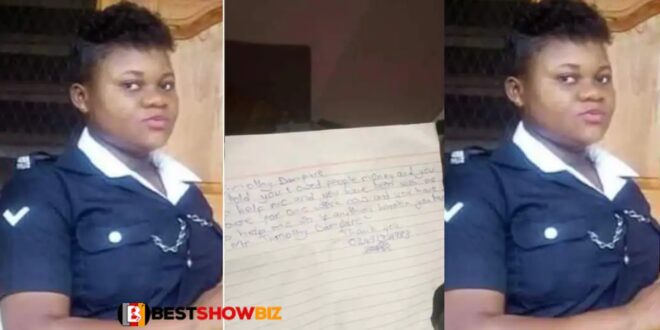 Timothy Dampare, the police officer whose name appears in a letter sent by the late Lance Corporal Sarah Adjei, has been apprehended by the authorities.

Sarah Adjei, a Lance Corporal, was discovered dead in her hotel room as we reported earlier.

The hotel management phoned the cops after discovering she had taken her own.

Timothy, who is currently in police custody, is aiding with investigations, according to Eastern Regional Police PRO DSP Ebenezer Tetteh, who confirmed the arrest.

“We have picked up Timothy Dampare for investigations. The family of the deceased policewoman is yet to be informed about the death of their daughter. Investigations have already intensified,” he told Joy FM.