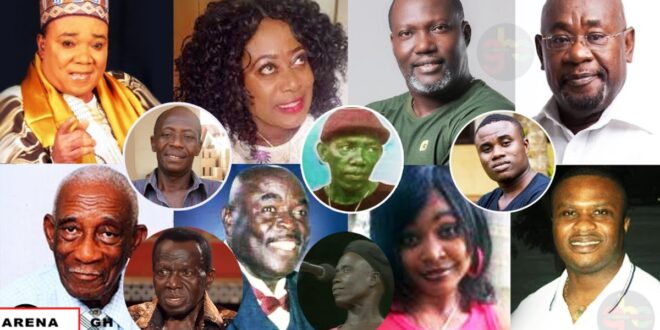 Ghana has one of the best film industries in Africa. When on stage, Ghanaian actors and actresses exude raw creativity, expertise, and boundless energy.

That is why it is so painful to hear about deceased Ghanaian stars. Acting, unlike many other professions, does not have a certain retirement date.

Actors will continue to work well into their eighties and nineties. When actors die in their 20s or just before they begin their careers, it is typically a tragic event.

Looking at the list of deceased Ghanaian actors and actresses is heartbreaking. Many people died tragically young, shortly after starting their careers.

It is never a good thing to see someone is talent squandered by death.

Fans will still recall deceased Ghanaian actors through the films in which they starred prior to their deaths. Overall, a successful film can cause audiences to have lasting discussions decades after it has been released.

watch a video of all the 33 dead Ghanaian actors below;