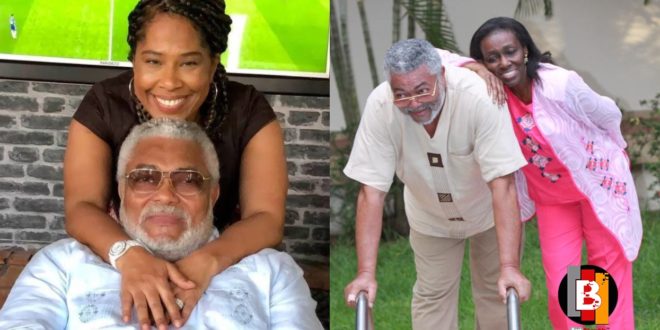 Since the death of former president JJ Rawlings, Nathalie Yamb emerged as the woman who has been warming the bed of the ex-president in addition to his wife.

Nathalie has been Rawlings girlfriend for more than 10 years and it has been rumored that he has a kid with her.

In an Instagram post, Nathalie made this morning, she urged the public not to blame side chicks if a married man cheats.

According to her, the fault is not from the woman because the man broke his commitment to stay loyal to his wife.

Read Also  "She sent her junior brother to tell me it is over, I beat the boy"- Man reveals on Twitter

“Let us hope that in 2021, when a man, no matter how famous, will be unfaithful to his wife, those who have nothing to do but comment on the lives of others will criticize him and not his «side chicks», because he is the one who promised loyalty and broke the contract.”