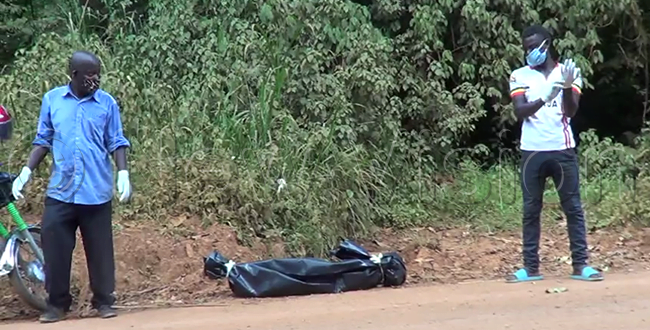 An 8-year-old girl has been murdered and buried by her own biological father according to reports sighted by us.

reports indicate that the father identified as Jackson Mbabazi, killed his own blood daughter who is just 8 years of age.

according to reports, the incident happened at a resident of Kinyasi, Nyamwezi Parish, Mabira suB County in the Kyenjojo district of Uganda.

the father-in-law of the 39-year-old suspect, Joseph Mugisa told the Police that Mbabazi told him that he was taking his daughter to the hospital but unfortunately she died of their way so therefore he had to bury the body in a nearby forest.

the father denied accusations of murdering his own daughter and claimed that he kept the body of her daughter in the forest only to go and call out for help.

Investigations on the issue have since started while neighbors of the suspect said that until this incident happened, Mbabazi had divorced his wife three years ago and has been leaving with his three children.

see the photos below;