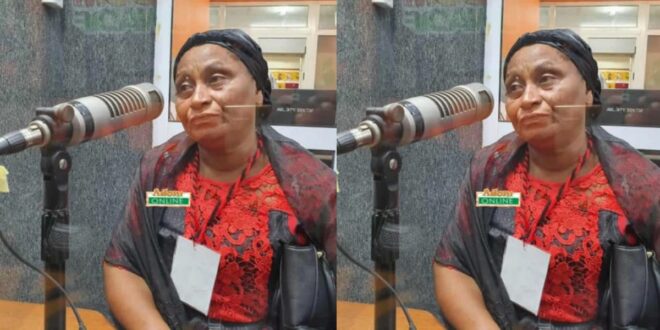 52 years old Abigail claiming to be the daughter of Rawlings sends a strong warning to critics.

Social media was buzzing with news that a woman has surfaced called mawutor Abigail Rawlings and she claims to be the first daughter of the late former president of Ghana JJ Rawlings.

Yesterday she made a scene at the Accra International conference center after security men prevented her from seeing the body of the late former president.

Reacting to critics who claim she has been a nuisance this whole time, she said.

“I just don’t understand why people keep asking why I have just showed up. Those people are just mad and will face their own karma one day. Those people will even do more than I am doing if they were to be in my shoes and so they should just shut up,” she lashed out amid tears.