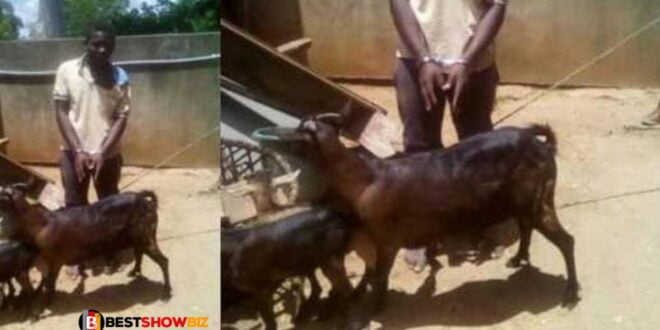 The Jigawa State Police Command has detained a 25-year-old man for alleged sexual intercourse with a goat in the state’s Gwaram Local Government Area, according to reports.

The arrest was verified by ASP Lawan Shiisu, the Police Public Relations Officer for the Jigawa Police Command, in a statement issued in Dutse on Friday.

According to ASP Shiisu, the suspect was apprehended by police officers who were on patrol in Gwaram town at approximately 1:00 a.m.

He went on to add that the culprit, a resident of Kunnadi quarters, was apprehended by the patrol team while having sexual relations with a goat.

As stated in the statement, “At about 0100 hours, police officers from Gwaram Divisional Headquarters, while on patrol in Gwaram and its environs, apprehended and arrested one 25-year-old resident of Kunnadi quarters, who was engaged in sexual relations with a goat.”

The official went on to say that an investigation into the matter was still underway and that the suspect would be charged as a result of the findings.