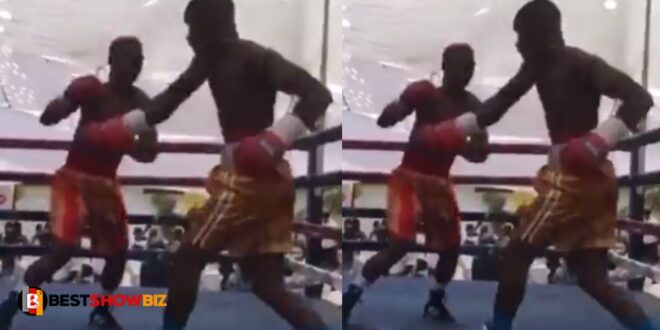 Taurai Zimunya, a Zimbabwean boxer, reportedly died shortly after collapsing after a knockout in the third round of a bantamweight battle on Sunday evening, October 31.

According to iharare.com, the now-deceased was knocked out in a lightweight match by Tinashe Majoni of Charles Manyuchi Academy in the Rise of Champions fight series in Zimbabwe’s capital, Harare.

When he collapsed, he was treated at the ringside and later transferred to Parirenyatwa Hospital on oxygen support for further treatment.

He remained unconscious while physicians at Westend Clinic performed scans to determine the source of the injury, but Zimunya died in the early hours of Monday before they could save him.

Read Also  Lady k!lls herself and her 2 years old daughter because her husband won't stop cheating

Although the physicians were not yet certain what caused his death, everything pointed to the fact that the terrible injuries he got during the struggle had a role in his death.