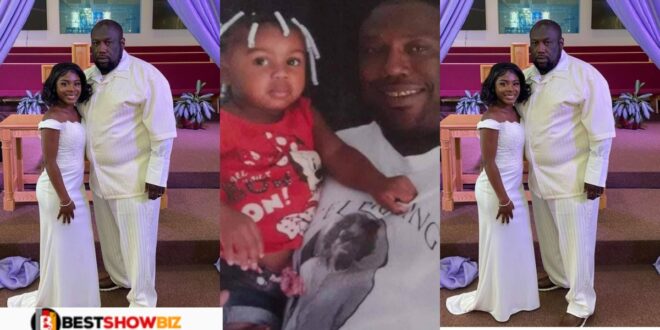 Michael Haugabook is making headlines after marrying his goddaughter, Deja, shortly after she turned 18.

Michael, a father with multiple children, has been a part of Deja’s life since she was born and is seen carrying her in one photo when she was a toddler.

When she went missing in 2017, he was also seen pleading for help on Facebook.

However, while Deja was still 17, she posted on social media that she was in a relationship but that no one knew who she was dating. When she turned 18, she married Michael, leading many to believe that Michael had been grooming and dating the teen mother before marrying her when she was of legal age.

The age difference, as well as the fact that he is her Godfather, sparked outrage. Most people assumed he was 55, and they wondered why a man of that age would marry an 18-year-old.

Deja has a one-year-old daughter and is also caring for Michael’s three children, giving her a total of four children at the age of 18.

Meanwhile, Michael and Deja have advised everyone to mind their own business.