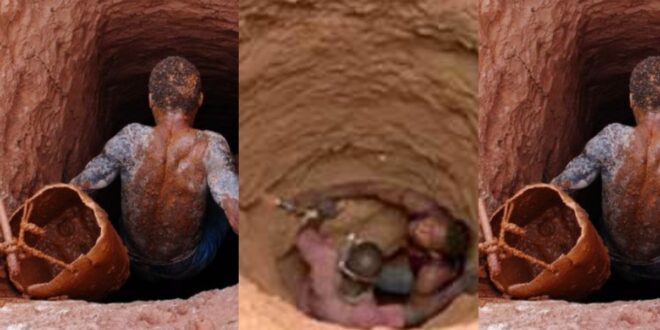 Sad news reaching us is that a 10-year-old boy has drowned in a mining pit at Atiwa East District of the Eastern region, Anyinam.

according to reports, the 10-year-old boy drowns some moments after schools were closed.

it appears that the community is said to be a danger zone since mining pits are left uncovered which turns to be a safety hazard to the people of the community.

well,  the body of the 10-year-old boy has been deposited at the Kibi Government Hospital Morgue by the Police and investigations are still ongoing.