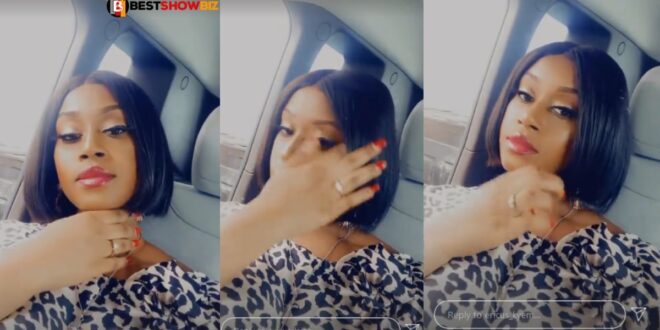 A couple of weeks ago, a video of Zionfelix exchanging vows with a young gorgeous woman became viral on the Internet and social media.

Erica, who lives in Italy, was quickly identified as the person in the video. In the video, she appeared to be pregnant, prompting social media users to speculate that Zion was compelled to marry her since she was pregnant.

The writer quickly debunked the rumors, claiming that he was not married. His Ghanaian girlfriend even posted a video of them making love on his birthday, confirming that everything between them was good.

In a new twist, Erica has turned to Instagram to show off her pricey ring in order to taunt Minalyn, Zionfelix’s Ghanaian girlfriend.