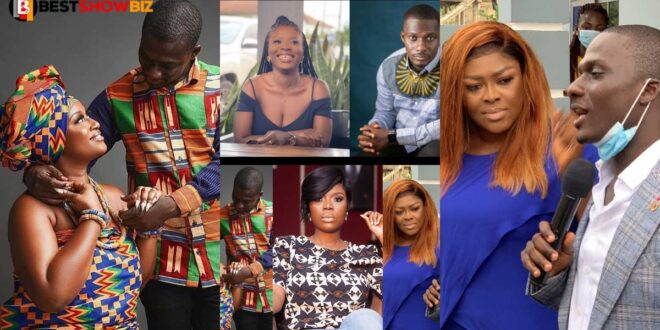 “Zionfelix f(:)0led the two women he is having an affair with”- Delay

Deloris Frimpong Manso, aka Delay, a popular media personality and entrepreneur, has waded into the current Zionfelix and baby mother scandal.

The problem of Zionfelix and his baby mamas has become a popular topic on social media when it was revealed that the two gorgeous females gave birth at the very same time.

In an Instagram post, Zionfelix announced the birth of Minalyn’s daughter as well as the son of Erica, his Italy-based girlfriend, but then removed Erica’s.

Erica, enraged by Zion’s treatment of her, unfollowed the blogger on social media in an odd manner.

Many people on social media chastised the blogger for impregnating two women out of wedlock and mocking them.

Delay dug into the matter and expressed disappointment with both ladies for allowing Zion to use them and play with their emotions.

In a new video we sighted, Delay is confused as to why Zion Felix would subject MinalynTouch and Erica Kyem to mental distress, and she voiced dissatisfaction with the hot topic.

According to Delay, Mina and Erica were reckless enough to get themselves into an emotional mess.