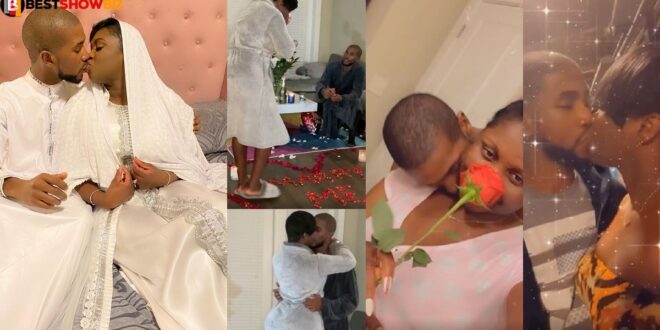 “Social media was the reason why my marriage collapsed”- Princess Shyngle

Princess Shyngle has blamed social media for the collapse of her marriage after only a few months of walking down the aisle.

After tying the knot with Bala-Gaye, a childhood friend, in a lavish ceremony in January 2021, the pair divorced on April 10, 2021, having stayed together for only four months.

The Gambian-born Ghanaian actress took to her youtube channel to publish a video she titled, “Reasons why my marriage failed” and she admitted that social media played a major role in her misfortune.

“Keep your marriage out of social media, it’s one of the main reasons that f*cked my marriage, so I am telling this for a fact,” Princess Shyngle emphasized.

She seized the opportunity to also share 10 important things she believed could have saved her marriage had she known earlier in her bid to counsel her fellow ladies who are still looking forward to tying the knot with Mr. Right one day.

Watch the full video below: