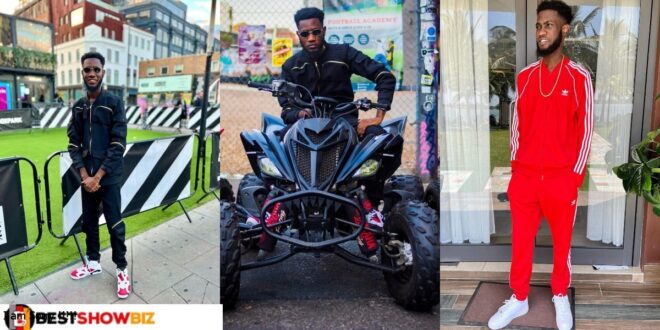 Ypee, a Kumerican rapper, brutally attacked a tweep who mocked him for giving a terrible freestyle on Tim Westwood.

The Twitter user with the handle @totocyline, who can be found on the bird app, agreed to be used as a scapegoat.

In a subtle reference to Ypee’s delivery on Tim Westwood, @totocyline referred to the award-winning rapper’s freestyle as trash.

He was also perplexed as to why Tim Westwood suddenly accepts mediocre rappers like Ypee.

Ypee, who couldn’t take the tweep’s contempt any longer, resorted to insults to administer the tweep a dose of his own bitter medication.

He reposted @totocyline’s assault on him by going raw on his innocent mother, who is probably doing her own business at home and doesn’t even know how to use Twitter.

Ypee told @totcycline point blank that if he feels going to Tim Westwood is a child’s then his mother at home should give it try.

Take a look at the screenshot below