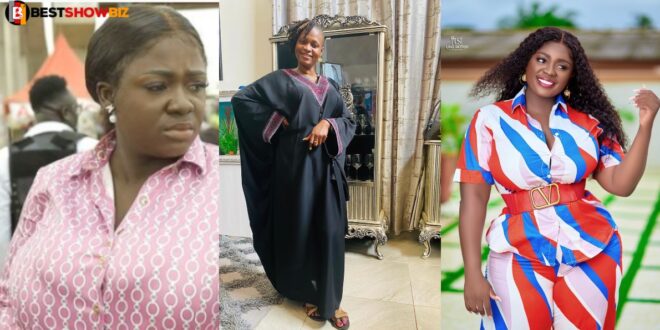 As previously reported, Tracey Boakye suffered a miscarriage while carrying her third child, which was believed to be the child of Dr. Kweku Oteng. Initially, we were unable to determine what had caused the miscarriage, but it was recently revealed by Ayisha Modi’s latest rant.

“Tracey Boakye’s kid was killed as a result of Tracey’s bad conduct”, according to Ayisha Modi’s statements.

According to her, the source who told her about Tracey’s pregnancy and miscarriage was Afia Schwarzenegger, who also provided her with information on the baby’s father, as well as other details.

Ayisha, on the other hand, refuted rumors that she was backing Stonebwoy solely to receive favors from him. She claims that she is the sole fan who has a verified Instagram account and that she made her page out of her admiration for the dancehall artist.