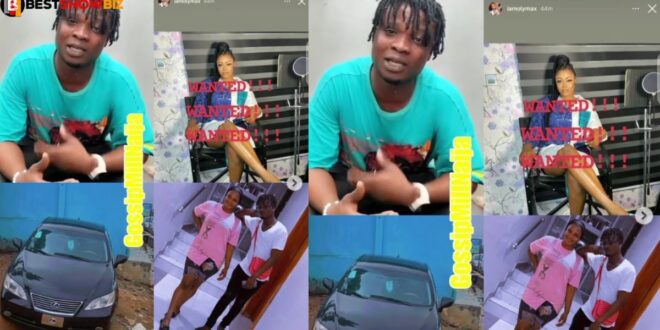 Young man in tears as his girlfriend runs away with his car, iPhone 12, and all his money (video)

A young Nigerian has resorted to social media to reveal that his fiancée took his Lexus sedan, as well as his new iPhone and ATM, and withdrew all of his money from his account.

The man claimed to be depressed and asked for the public’s assistance in locating his girl, claiming that all previous attempts to locate her had failed.

In the video linked, their love affair appears to be going well at the start of the year, when the guy proposed to the lady in February to marry him.

Now that the guy’s automobile is gone, it appears to have ended in tears.

It’s unknown what prompted the young man’s automobile and other things to be taken away by the lady.