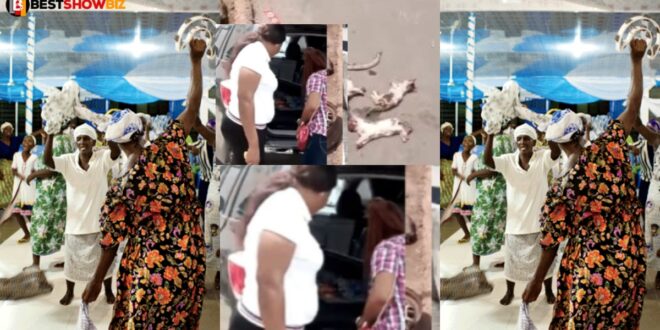 After a Nigerian woman who had been living with snakes and cats made the surprising discovery, they said wonders would never end.

After church, the woman discovered the snake and four cats had been residing in her car for an unknown number of days, according to local sources.

The woman, who is married and has children, went to church for a prayer session, and the snake, according to reports, fell out of the car as they closed the door and she was about to leave the church grounds.

When she cried for aid, the snake was slain by the congregation. I am curious as to what else could be in the car. They meticulously inspected the car and discovered the four cats sheltering inside.

According to local Nigerian accounts, they were all brought outdoors and executed promptly.