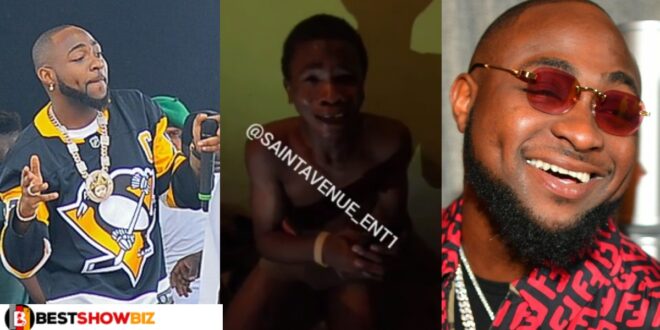 A youngster who is a huge Davido fan was caught by his older brother while attempting to steal his mother’s phone in order to give money to Davido.

The child who was unable to transmit the money before being apprehended was spotted kneeling and begging his older brother to forgive him for stealing.

According to accounts, the money on the phone was supposed to be used to cover his elder brother’s university costs, which he had brought home for.

The boy’s move comes after Davido appealed to all of his fans and friends to help him pay for his Rolls Royce, which is now awaiting his clearance at the port.

Read Also  "I have nothing to give a man in a relationship, but he has to give me money for everything"- Lady lists her demands (video)