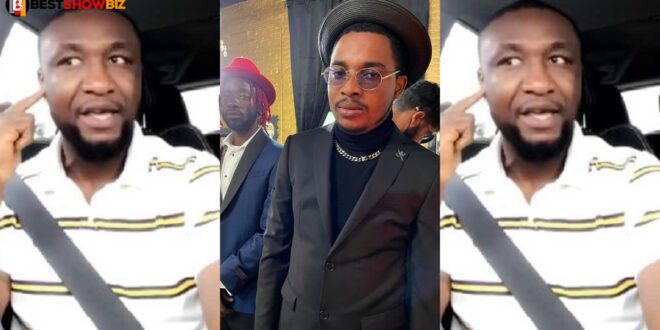 Twene Jonas has been bragging these past few days that he is a millionaire.

Many people on social media believe him, because he shows some cars, phones, and hotel rooms he claims to be his.

He has advised Twene Jonas to be cautious in his dealings because his dirty linings will soon be exposed.

He (Twene Jonas) will be exposed very soon for leading a fake life in the States and hiding behind that to garner attention, Archipalago has declared.

Archipalago has warned Twene Jonas to watch his words and stop verbally berating Ghanaian politicians for no reason.

Read Also  "Apologize when you are wrong, don't let your Pride be bigger than your relationships"- Nana Ama Mcbrown.

Archiplagao reacted angrily, saying Twene Jonas’ bragging about having a Bentley and buying Fendi shoes for $1,000 would soon dawn on Twene Jonas, who has been exposed for leading a fake life, emboldening him to attack and demonize authorities at home.