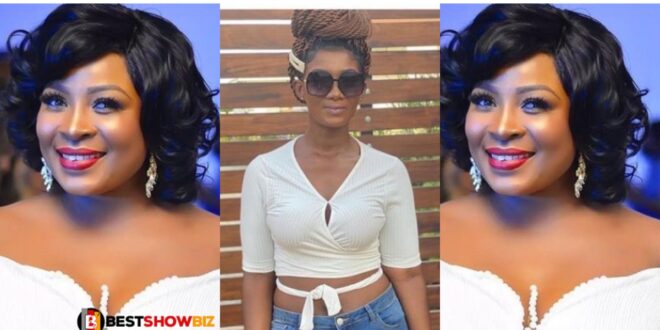 Gloria Sarfo, a Ghanaian actress, has been targeted by a troll who took to her Facebook page to body-shame her over the ongoing BB Naija.

Gloria Sarfo, according to the troll, described the actress as an elderly woman who should be thinking about her grandkids rather than picking a favorite aspect of Big Brother Naija and commenting on it.

This follows Gloria Sarfo’s revelation that Pere, a BB Naija roommate, is inciting Angel against Whitemoney in the white room.

Pere is displaying too much anger for Whitemoney, according to Gloria Sarfo, even at a time when he should be concentrating on securing a spot in the finale.

The actress then went on to advocate against Pere, hoping that Angel would be the last finalist.

A troll and a fan of General Pere who weren’t thrilled with her submission, however, invaded her page and threatened to fire her.

Rather than addressing the issue, she chose to body shame Gloria Sarfo, calling her a grandmother and other things.