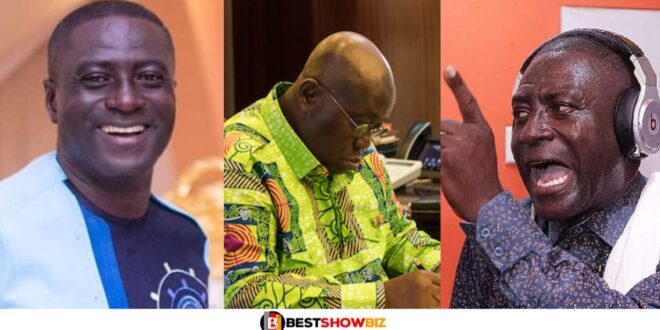 Captain Smart is back on Onua TV, this time raving about politicians and the government. According to Captain Smart, the administration should not consider bringing another E-levy issue to the floor of Parliament.

According to him, the president is quite evil, and he believes the president intends to use military intervention in the House of Commons in order to adopt the E-levy.

He further stated that this is a technique to demonstrate that the president is evil and does not care about Ghanaians’ well-being.

He stated once more that Ghanaians, as well as the Ghanaian Parliament, have rejected the E-levy.

As a result, the president should be aware that Ghanaians despise the E-levy.

Captain Smart stated on Onua TV this morning that the government should remove teacher and nurse training subsidies in the country.

He emphasized his argument by stating that the government spends a lot of money on this industry, and as a result, the country does not have enough money to pay for other projects.

He also stated that the money given to trainees in the nation may be utilized for other purposes rather than imposing a new tax on Ghanaians or an electronic charge.