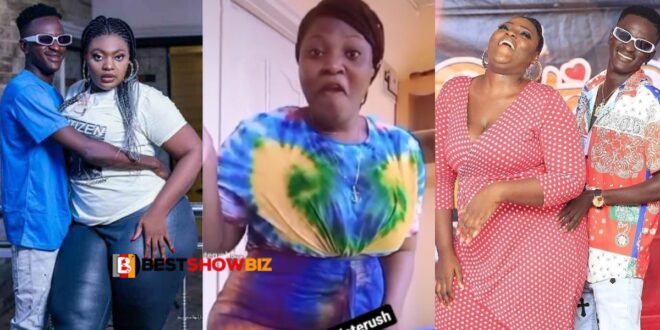 Shemima recently broke down in tears on social media, telling Ghanaians that her relationship with Ali had ended.

Shemimah claimed that she tried her hardest to make the relationship work, but Ali remained uncooperative.

Shemima explained, through tears, that she had regretted going on a date-rush to find love. As a result, she informed the broader public that their relationship had come to an end.

Shemima seemed to have pulled herself together and gathered the broken parts after filming the video.

In a recent video, she can be seen having a good time and dancing like no one’s business.

She was dancing in the video to a song that said, “If you leave me today, I will get some tomorrow.”

Read Also  "If you are abroad don't come to Ghana, the country is not safe"- Captain Smart