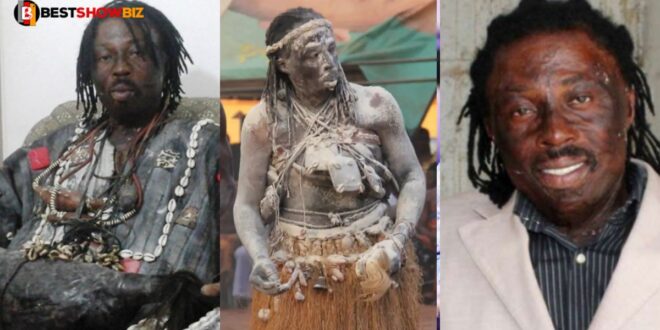 “If money rituals are real, I would have load Ghana billions of money” – Kwaku Bonsam

Kwaku Bonsam, a celebrity fetish priest, has claimed that the money rituals are a deception with no connection to the real world.

In an interview with Citi FM, Kwaku Bonsam declared that any fetish priest who demands human sacrifice from his client in exchange for money is a fraud.

“Human blood is not required either. We do not do anything with that, and I have never asked for it. “Ritual killings are ineffective,” he asserted.

He made this revelation, it appears, in response to the recent spate of ritual murders that have gripped the country.

Any fetish priest who seeks human parts for blood money, according to Kwaku Bonsam, is solely wanting the person’s money and only that.

Finally, he stated that if money rituals worked, he would have even loaned money to the Ghanaian government.