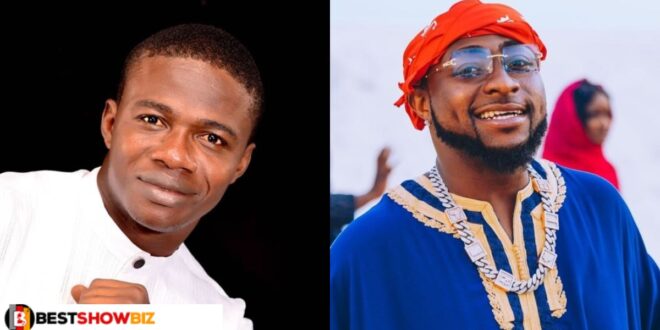 Following Davido’s decision to request 100 million nairas from his fans, many were not enthused but rather shocked by the rich musician’s move. They were curious as to what he planned to do with such a large sum.

It was initially reported that he needed the money to pay off import duties on a luxury vehicle he had purchased. He was able to raise 100 million nairas in one hour.

Davido, a Nigerian musician, posted a screenshot of his bank account on Twitter, instructing his fans to send millions of naira, which they did an hour later.

“If you know I gave you a hit song… send me money,” Davido tweeted before beginning to share updates on how much money had been sent.

Fast forward to today, and a Nigerian pastor named Goodheart Val Aloysius has admonished the afro-pop artist to do the right thing.

On his Facebook page, the pastor stated that Davido, as a Christian, must pay his tithe if he does not want to go to hell.

Within the Christian faith, it is believed that paying tithes opens the doors of heaven on your behalf, allowing your business to prosper, but telling someone that he won’t make it to heaven is almost unheard of.