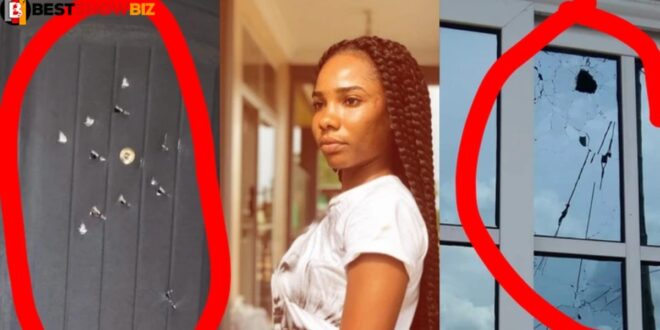 CID to invite lady who said police shot and k!lled her father because he had a video to a crime.

After stating in a tweet that certain police officers murdered her father, a lady known on Twitter as Naajudith has found herself in hot water with the Ghana Police Service.

Naa claims that police raided her father’s home and were about to shoot him because he had evidence on his phone of the four men killed by the police two months earlier.

She supplemented her tweet with images she said were taken at the scene of her father’s murder.

According to the service, the man was a robber who was shot by police, he also fired back at a police officer.

The police are now likely to ask her to come in and answer some questions.