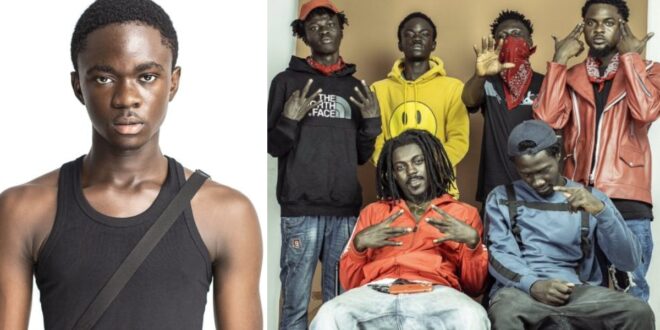 Yaw Tog, a Kumasi musician, has spoken out about his differences with the rest of the Asakaa movement.

Two days ago, Yaw Tog launched a remix to his viral “Sore” single, which featured Stormy, a British rapper, and Kwesi Arthur.

The song’s release sparked rumors of animosity between Yaw Tog and the rest of the Asakaa movement, leading to the omission of O’Kenneth, Jay Bahd, and other rappers featured on the original track.

He described how the Asakaa brothers refused to collaborate with him because he refused to sign with their record company, Living Live Records.

He said that the group went so far as to delete the verses that he recorded with them because he refused to sign with their label.

Yaw Tog, on the other hand, says that he really adores them because they are an important part of his success story.